Classic Miss British Isles to be the Face of She Loves! 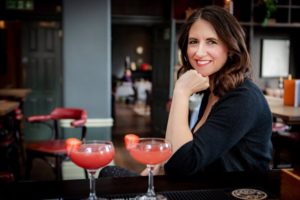 Professional model Deborah Hirzel, from Clifton, York only started modelling in her mid 40’s after the success of a charity fashion show. LK Bennett, who provided some of the clothes, asked if she would model for them in their York store. That was how she met Tricia Sherriff from She Loves York, modelling for LK Bennett in the successful She Loves York fashion shows. Before long Tricia was asking her to model for several of the partners in the shows. During this time Deborah landed her first modelling contract and began a whole new career after many years staying at home to bring up her children. The Press featured her a year ago discussing her new career as an all-natural pro-age 50 year old model. 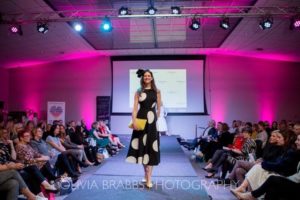 Now at the age of 51, having worked in campaigns around the country for several brands including Nestle After Eight, UBS Bank, Mappin and Webb jewellery, Tancream, Debenhams, Klass clothing and York Fashion Week (not to mention representing York at the Classic Miss British Isles modelling competition last year which she won!) and working as a Film/TV supporting artist most recently in a rom com filmed in York and coming to cinemas at Christmas, Deborah is delighted to be fronting a campaign close to home and one which comes right back to where her new career began.

“When Tricia and Hayley asked me, how could I say no?! They are lovely ladies and it just felt right. It is wonderful to be supporting She Loves York and all the partners based here in York and the recent expansion to She Loves Harrogate is fabulous. I have fond memories of modelling in the She Loves York shows; they gave me the confidence to pursue a modelling career.“

” When we were searching for images for our new website, we had a lightbulb moment that we should have our own face of She Loves.  Within minutes to follow we realised we already knew the perfect women for the job and how lovely it was that we were working together in the beginning of her modelling career! We are extremely excited to have gone full circle and are very much looking forward to working with Deborah!”

Receive the latest offers, news and events direct to your inbox